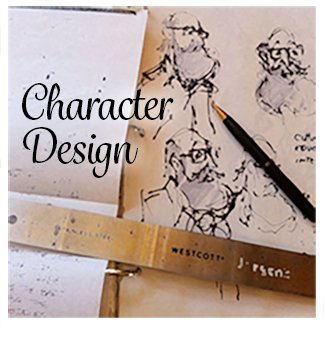 Finding the right look for a character is important. A character usually must have appeal and originality and also contrast with the rest of the “cast” in a screen story.

In the mid 80’s, at Disney Consumer Products, I helped Disney’s classic characters stay on model, as they were licensed to various products.  While there, I designed the official mascot for UEFA’s 1988 European Championship soccer games, “BERNIE”, and the official mascot for the 1987 California Bicentennial Association’s celebration of the American constitution, “BISONTENNIAL BEN”, who appeared in parades

at Disneyland and in the Tournament of Roses Parade.

I am credited with designing on “A Nightmare Before Christmas”, as I was asked to design Santa’s little elves.

I continue to create original content and designs for movies today. 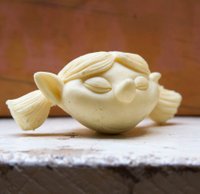 NIGHTMARE BEFORE CHRISTMAS elf design  (Being from Scandinavia, I was tasked with this particular design.) 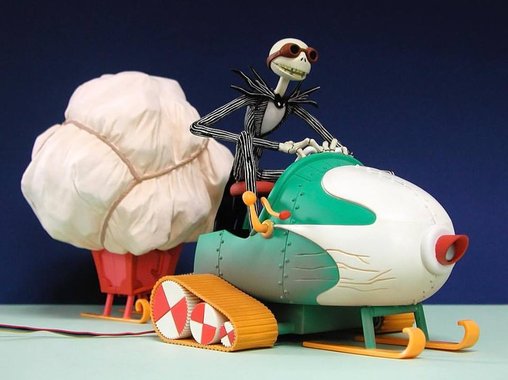 NIGHTMARE BEFORE CHRISTMAS snowmobile design  (I just drew this snow mobile for fun, but it stayed in the picture) I also drew Jack Skellington's head shapes and mouthes for lip sync to guide the 3D clay modellers. 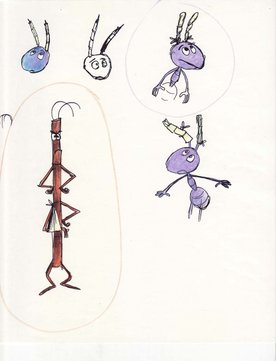 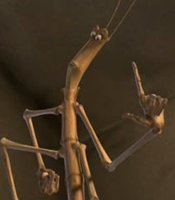 A BUG'S LIFE my drawing of Flick with only two legs and two arms became the design (as supposed to 6 lims on an ant). Very often story drawings inspire the final look. 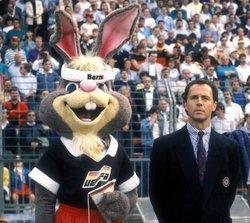 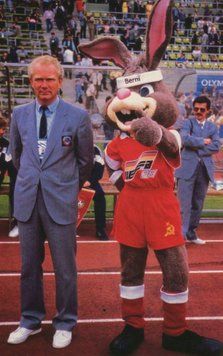 Being European, I was thought to be better at designing for UEFA than my US collegues. There's my design (sort of) next to Beckenbauer! 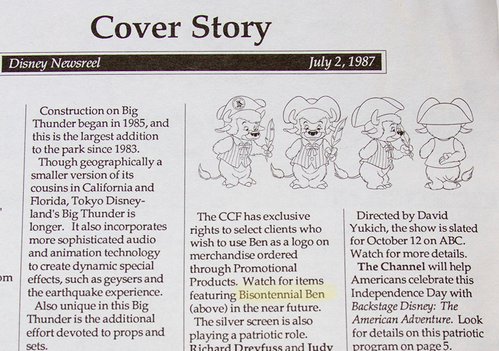 Because I had designed the UEFA mascot, I was given this next assignment: "to design a mascot for the California Bicentennial celebration of the Constitution. He should exemplify the spirit of America and appear on all kinds of merchandise. Name suggestion: Comando Liberty".

I came up with the idea of a Bison, as in "bison"tennial... and designed this guy after a few other ideas had been tried. 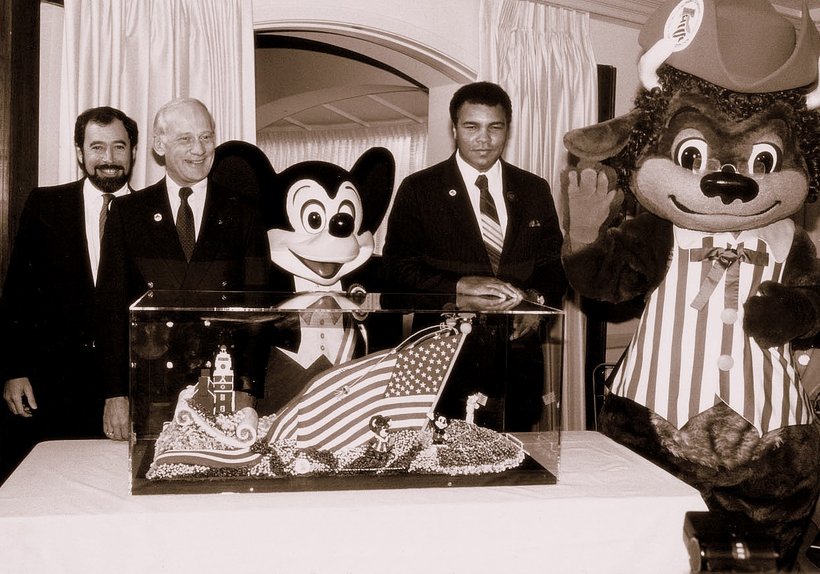 Here my Bisontennial Ben in good company with Buzz Aldrin, Mickey Mouse and Muhammed Ali, as this quartet would appear together in The Tournament of Roses Parade. 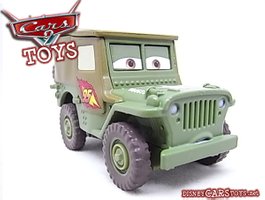 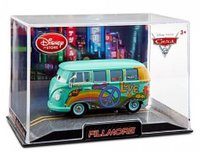 My designs for CARS have become a big success for PIXAR/DISNEY.